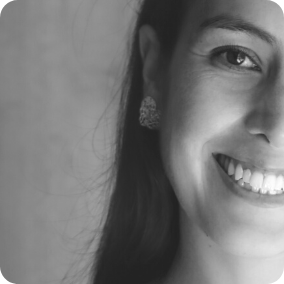 The Amazon is in agony 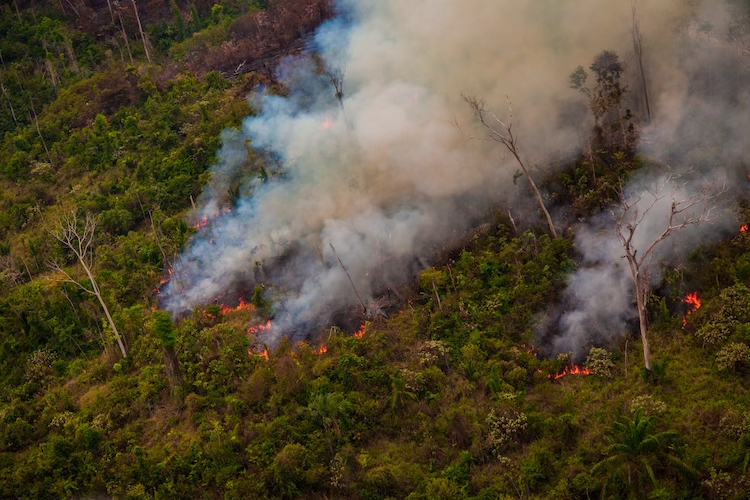 The Conferences of the Parties (COP) is one of the most globally awaited environmental political events. This year, presidents of 196 countries, private sector institutions, and civil society organizations met in the Egyptian city of Sharm el Seij from the 6th to the 18th of November.

It is well known that the use of fossil fuels, mainly for the energetic matrix and for achieving a certain level of development and industrialisation­, is the origin of anthropogenic climate change. However, our current socioenvironmental crisis, also known as the climate crisis, has been exacerbated by nature destruction and biodiversity loss.

One of the biggest global biodiversity hotspots is the Amazon region. The Amazonia is a strategic global ecosystem covering 8,400,000 km2, which represents 4% of the Earth’s land surface and twice the size of the European Union.

The Amazon region is formed by eight countries and a French province. It plays a determinant role in global climate and water regulation: 20% of the water cycle passes through it. Also, it is home to a quarter of the world’s river water and 20% of the world’s diversity.

In fact, humanity cannot mitigate the effects of climate change or move towards the energy transition while the Amazon is agonizing. Why is this happening? Let’s say there are two main reasons. The first one: the rainforest is turning into a savannah in many areas. For example, in October 2020, in Guaviare, a Colombian Amazonian department, grabbing a hectare for deforestation cost USD 263.98, while a hectare in areas close to those already converted ranged from USD 791.94 to USD 2,111.13.

This undervaluation of land is led by what it is known as the ‘inversionista-deforestador’ (‘investor-deforester’). Who is this profile? Well, it can be armed organised groups, drug traffickers and/or landowners and livestock owners. It is not possible to determine exactly who is the mastermind behind each fire.

This illegal and unregulated colonisation has generated the construction of roads in forbidden areas, like the jungle. In less than a century, millions of hectares of native trees have been replaced by villages, areas for cattle and thousands of hectares of agro-industrial and coca crops, to the point that today this connectivity between the Andes and the Amazon is about to be lost.

The connectivity between the Andes and the Amazon is about to be lost. Photo: CAMBIO, UNIDOS POR LOS BOSQUES, Edwin Sanabria/ Santiago Ramírez.

The second reason is that some zones in the Amazon are shifting from being a carbon sink to a carbon source. In 2019, images from different sources showed the magnitude of the wildfires promoted and supported by Jair Bolsonaro in the Brazilian Amazon.  The natural or assisted recovery of those areas could take from 200 to 300 years, and there is no guarantee that their biodiversity and functionality will return to anything even close to what has been destroyed in the last years.

During the COP 27, with presidents of Colombia and Brazil, Gustavo Petro and Luiz Inácio Lula da Silva, who will take office in January, new geopolitics toward the decarbonisation of the economy seem to be close. In the first week of this COP, one of the most resonating topics for Latin American countries and their reduction of GHG emissions was curbing deforestation, especially in the Amazon region.

Some events in this sense were:

(i) Petro’s speech and the announcement that Colombia will give 200 million dollars annually to save the Amazon rainforest within its territory.

(ii) Colombia, Germany, Norway and the United Kingdom renewed the strategic pact that began seven years ago. This agreement was signed during the COP 25 in Paris. The objective of the partnership was to provide significant support to help Colombia achieve its goal of zero net deforestation in the Amazon by 2020 and halting forest loss by 2030. With the renewal of the pact, the three European countries agreed to an additional disbursement of US$ 25 million to save the Amazon rainforest. Thanks to this, Colombia will focus all its effort on 22 deforestation hotspots in the Amazon.

(iii) Lula’s intervention and its commitment to zero deforestation target in 2030 and to restore environmental law enforcement.

(iv) The presentation of the Amazonía Viva report by WWF highlights that if the Amazon is lost, it will be impossible to meet the target of not exceeding 1.5°C in the coming decades.

(v) It took place the high-level regional dialogue “Amazonia as a pillar of climate balance and life” led by President Petro and with the participation and interventions of the presidents of Venezuela and Suriname. This event was an open invitation to the other Amazon countries to create a common amazon agreement at the beginning of the next year.

This new environmental geopolitics raises high expectations for major transformations in the middle of the climate crisis. Instead of tackling it year by year since the COP began, the climate crisis has been worsening. What is the result? An increase in global GHG emissions by 65%. As president Petro pointed out in his speech, political leadership from COP1 to today has failed to stop the cause of the climate crisis. For the Colombian president, “it is time for humanity and not for the markets”. And it is possible to add that it is time to generate a sense of belonging to the Amazon and to the world as a biota.

In Colombia, one factor that facilitates the transformation of the Amazon rainforest is the lack of identity within the territory. Saving this ecosystem will require political will, social awareness and guarantees of a dignified minimum subsistence. But also, those efforts will need to rethink the concept of the territory through a sense of identity and belonging to the Amazon and to the world. What does this have to do with a person living in the countries of the global north, in particular?: The mourner of this biodiversity hotspot should be not only the people who live within it or in its immediate surroundings but also all of us who benefit from its ecosystem service.

Anna María Franco Gantiva is consultant at GlobalCAD since December 2021 as part of the green economy and climate change team.