Janaagraha: The right platform for citizens 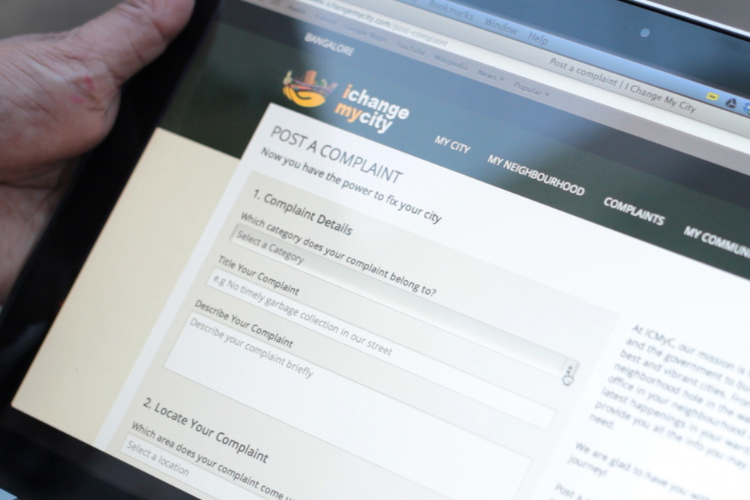 Janaagraha Center for Citizenship and Democracy was founded in 2001 to catalyse active citizenship in city neighborhoods to improve quality of life. It’s main goal was to give the right platforms to connect citizens with civic agents to get their problems solved. Janaagraha has about 10 programs to connect citizens to the government in four main areas: Civic Learning, Civic Participation, Advocacy and Reforms and Research and Insights. By delivering modules, creating innovative platforms, on ground and online, and providing tools, Janaagraha aims to educate, advocate and facilitate public participation.

This resulted in the creation of different online civic participation platforms to connect citizens with city agents to report problems and get them solved. “I Change My City” and “I Paid A Bribe” are two of the most successful examples.

“I Change My City” has helped in addressing problems like garbage disposal, poor road conditions, street safety and security related issues. Over 240,000 complaints have been posted on the website, and over 170,000 of these complaints have been resolved. The platform was used in over 1,000 cities in India, deeming it a success.

“I Paid a Bribe” (IPAB), on the other hand, allowed citizens to report corruption. Over 170,000 bribes were reported all over India, and the website received over 15 million visits and hits.  As of June 2017, IPAB has partnered with 30 other countries to create replica IPAB sites and has launched an international Crowdsourcing Against Corruption Coalition. IPAB has received critical acclaim and recognition from institutions such as the New York Times, the BBC, The Hindu, the Economic Times, India Today, and Google. Today IPAB has transformed into a globally-recognized innovation in the fight against ‘retail’ corruption.

It is not always easy to participate or get involved in civic life: providing innovative tools and means to speak out can also lead to an easier collaboration with governments, speed changes and improved life quality, making true that real changes begin with each one of us in our neighborhood.

This is another initiative documented by Towards the Human City.