Spain, Agenda 2030, and the population sector that has been forgotten 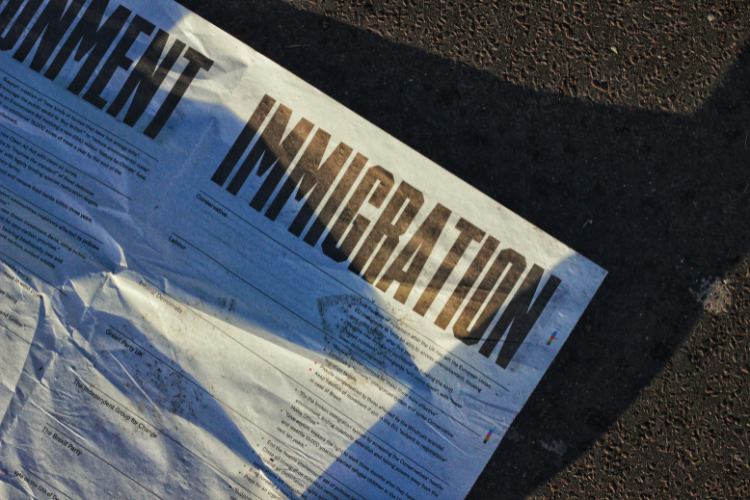 In 2015, the United Nations General Assembly recognized the importance of implementing an action plan that included a commitment by all UN member nations to protect people in vulnerable circumstances, tackle the climate crisis by region and promote universal peace. Given this need, the Agenda 2030 for Sustainable Development is approved.

The 2030 Agenda includes 17 Global Goals, known as Sustainable Development Goals (SDGs), which aim to end all social and environmental inequalities. Once the document is ratified, the UN member states committed to implementing new policies, or modify the existing ones, in order to achieve compliance with the established agreements. Each country would define its indicators with a view to demonstrating compliance or not with the Objectives.

In the case of Spain, a sector of the population has not yet been served in an equitable and truly inclusive manner, creating a breach of the Sustainable Development Goals.

I’m talking about the migrant groups.

During the last decades, Spain has become a country with significant migratory flows, receiving people from the European Union, but also from foreign countries. The numbers suggest that since the early 2000s, Spain has become a destination for immigrants. As a result, it went from just 2.3% of the population in 1999, less than one million foreign residents, to 15.22% of the population at the beginning of 2021, more than 7,200,000 foreign inhabitants.

Although the migratory flow has had its ups and downs due to the different economic crises that the country has faced, the numbers indicate that migrants will continue to arrive to the Spanish state, either regularly or irregularly.

The 2030 Agenda recognizes the contribution of migration to sustainable development, and emphasizes the priority of “leaving no one behind”, urging to facilitate safe and regulated mobility through well-managed migration policies.

However, this has not been the case with the migrant groups in Spain; in several instances, the Spanish state has left this sector of the country’s community totally deprived.

Here we present three Sustainable Development Goals pending on the agenda of the Spanish State, in terms of its migrant population:

SDG 1. End poverty in all its forms everywhere

One of the targets of Goal 1 states that by 2030, the proportion of people of all ages living in poverty in all its dimensions according to national definitions should be reduced by at least half.

In the case of migrant groups, the Objective has not been met.

By 2014, shortly before the ratification of the 2030 Agenda, immigrants living in Spain represented the second highest rate of relative poverty in [GGG2] the Organization for Economic Co-operation and Development (OECD). At that time, 40% of foreigners were at risk of extreme poverty and faced situations of social exclusion, compared to 20% of Spaniards. In 2021, the figure increased significantly to 49.5%. It is imperative to mention that at the national level, at-risk-of-poverty numbers also increased, particularly in the context of the COVID-19 pandemic. However, it has been proven that precisely the sector most affected by the country’s economic crisis is precisely the migrant. This means that effective policies have not been implemented to reduce and eradicate once and for all the economic inequalities between migrants and community members.

A Goal 8 target makes it a priority to protect labor rights and promote a safe and secure working environment for all workers, including migrant workers, in particular women migrants and those in precarious employment.

Migrant workers represent a significant labor force in host countries, but in many cases, working conditions for this group are devastating. A Caritas report indicates that in 2021, 75% of migrants performed elementary and precarious jobs. And, according to Eurostat 2021, with an index of 51.7%, Spain is the third country in the European Union with the most foreigners (not from the EU) working below their qualifications.

The labor crisis is even more severe for migrant women, who, for the simple fact of being women, are confined to the role of caregivers, forcing them to work in the domestic service, cleaning or hospitality sectors. Given the distribution of work centers, this type of employment has difficult possibilities for union organization due to the nature of its employers, who are mostly individuals or families. As a result, there is a lack of regulation and control by labor inspection services, which facilitates abuses in hiring.
This reality constitutes a serious violation of the fundamental rights of the migrant group, and explains the alarming figures of risk of poverty for this sector.

Goal 11 talks about the rights that everyone should be able to enjoy, such as access to adequate, safe and affordable housing and basic services. However, the migrant population indicates that they face a number of difficulties in the process of obtaining safe housing and access to quality health care.

The social and administrative problem of homelessness in Spain continues to increase. One of the common denominators of the regions that face this problem in the country are precisely the migrants. This is confirmed by the numbers from care centers for the homeless. Of the 1,019 centers available in 2020, 16.4% were aimed exclusively at homeless migrants. At that time, over 40% of the cases treated at the centers were of homeless migrants. These figures confirm that this population is more likely to face an irregular housing situation in the country.

Health care for migrants has also shown serious cracks. In 2012, the national health system established a Royal Decree that left different groups without health documentation, including migrants in an irregular situation. This meant that over 800,000 migrants were deprived of health rights. In 2018, an attempt was made to remedy the situation with a new Decree established with the arrival of a different administration, who recognized the urgency with which the matter had to be processed, but organizations denounced that “to this day there are still health exclusion in Spain.” Some even denounce that “the only universal sanity that this norm has brought is in the title and in the preamble, because it has generated even greater exclusions”, since due to the wording and syntax of the document, each autonomy interprets the regulation of a differently, generating situations of exclusion.

So far in 2022, around 1,500 cases of violation of the right to health have been recorded throughout the Spanish State (the estimate is much higher if one takes into account that many cases are not reported).

So, compared to community residents, the migrant population has evidently faced greater difficulties in obtaining housing and basic health services, which eradicates the objective described above.

What do we do now?

It would seem obvious; simple even.

If Spain wishes to fully comply with the objectives established in the 2030 Agenda, it is up to it to amend and regularize the laws that concern the migration issue. This would include, as demanded by migrant groups, the ‘Organic Law 4/2000 of January 11, on the rights and freedoms of foreigners in Spain and their social integration’ (popularly known as the ‘Foreign Law’).

With the laws and procedures in force, the Spanish State will never be able to guarantee the basic rights of migrants, regardless of their immigration status.

Without these changes, without this special attention, we will not be able to curb poverty rates in Spain and we will continue to reproduce circumstances of inequality among residents.

It is important to remember that, at the end of the day, migrating is a right.

And no one should be penalized for exercising their rights.