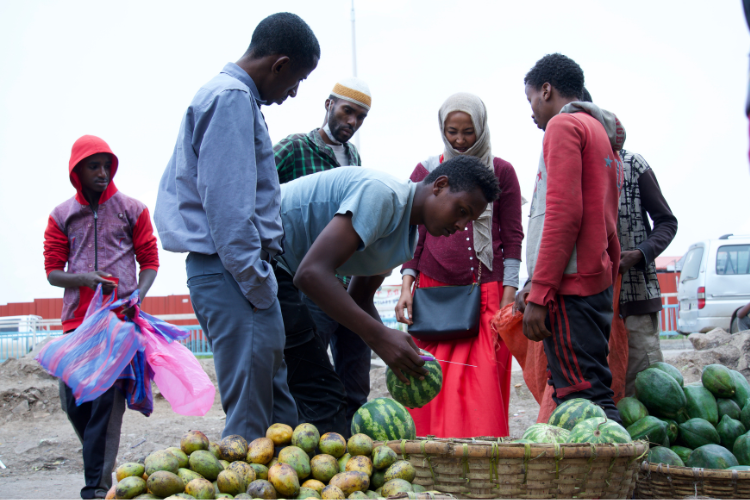 Ethiopia is leading the change towards a sustainable economic development, based on the increase of foreign investments and the strengthening of its industry.

Integrated Agro Industrial Parks are driving the structural transformation of the Ethiopian economy; while reducing rural poverty; and creating a better environment for investment.

CAD Productions just presented to UNIDO Ethiopia three documentaries and four teasers of the initiative, that showcase the experiences of the Bulbula, Bure and Yirgalem Agro Industrial Parks.

To complete the documentaries, a CAD Productions team accomplished two missions across three regions of Ethiopia. During those missions, the film crew gathered visual testimonies of the IAIP’s activities in the field.

The documentary pieces that were edited in the CAD Productions edition studios in Barcelona will be released in the following weeks.

The 7 audiovisual pieces will serve to spread the word about the Agro Industrial Parks Strategy in Ethiopia and attract new investors willing to be part of the transition towards a sustainable economy in the country.

The Agro Industrial Parks located in Bulbula, Bure and Yirgalem are paving the way to sustainable development in Ethiopia.

This initiative is part of an Agro-Industry Strategy promoted from the Government of Ethiopia, with the objectives of creating wealth for farmers, new job opportunities for vulnerable communities and, finally, driving rural economic growth in Ethiopia.

In this context, UNIDO, as a main partner of the German government, and in collaboration with the Ministry of Trade and Industry (MoTI) and the Regional Industrial Park Development Corporation (RIPDC), engaged CAD Productions to produce a promotional documentary, video capsules and a photographic documentation of the initiative.