Three Women in Pursuit of a Better Artistic Horizon for All 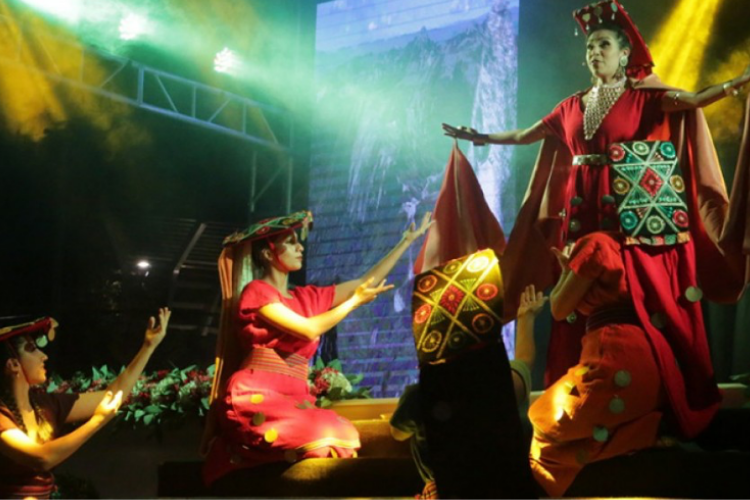 Young people everywhere know that pursuing the career of their dreams is no easy task. Most choose to just play it safe and chase an opportunity that will give them a safe financial reward every month. On the other hand, some do choose to pursue their dreams and a few particularly in the artistic field. Yet, financial hurdles often prevent these rising artists from putting into good practice what they have studied and make a living out of their hard-earned skills. That’s why it’s fundamental to have people who choose to invest their time in helping those who want to go all the way into the artistic and cultural field. Usually, these are people behind the scenes making the magic happen for others to enjoy a play for 120 minutes. All this intense work behind the scenes would not be possible if the teams organizing all kinds of cultural events did not exist.

Giovanna is a Latin American woman who works as a cultural manager and is passionate about spreading cultural knowledge and helping children develop skills in a wide range of arts. Every day Giovanna wakes up feeling capable of supporting and stimulating these dreams that for many seem impossible. She devotes much of her time to domestic work although she also has time to teach artistic expression lessons. It was a normal autumn day when suddenly everything changed. She was surprised by an event that paralyzed the world in 2020. Peru was about to enter a nationwide quarantine due to the Covid-19 pandemic that had no end date. In a situation of uncertainty, there was no other choice but to suspend her face-to-face classes because of the restrictions.

Although she could have switched on to virtual mode, she believes that nowadays people spend too much time attached to a screen: “From my point of view, virtuality does not contribute to achieving some of the objectives pursued by the artistic expression workshops, among them that of promoting a space for the social interaction of children, which promotes exchange, dialogue and collective creation”.

For Giovanna, teaching and transmitting knowledge is very important. She is aware that when it comes to the artistic sphere, there are endless difficulties arising from the lack of knowledge and access to technology to participate in cultural spaces. Consequently, it is rare to find people pursuing their passion and succeeding. Raising her voice is fundamental to excelling in her role as mediator between the governmental cultural institutions and the artists of different areas.

This allows her to promote and disseminate the artistic offer at the national level. She got engaged in the “Plan for the Recovery of Cultural Industries and the Arts” carried out by UNESCO and feels proud to be part of it because it enhances the visibility of the issues the cultural and artistic industry faces. Contrary to her expectations, moving from face-to-face to virtuality did not bring about only negative connotations. In this case, virtuality facilitated the participation of people from several cities, thus eliminating the limitations imposed by geography.

According to Giovanna, “being able to listen to the contributions of the different cultural actors was a rewarding experience. The methodology was very clear and allowed each contribution to be gathered within a framework and a guideline that made reflection and dialogue possible”.

Beyond cultural managers, agents of tomorrow

It is 8:30 in the morning, the aroma of coffee fills the room. Carina starts her day by turning on the computer on her home desk. On the other side of the screen, her students from introduction to cultural management classes begin to log on. In addition, she is also in charge of several activities ranging from answering emails to taking calls, designing projects and generating valuable partnerships. An event that shaped Carina’s life was the invitation of the Department of Arts and Cultural Industries of the Peruvian Ministry of Culture to participate in a project led by UNESCO.

She believes it is part of her responsibility as an academic to be able to transfer her knowledge of these processes, more precisely, “I think it is important that life experience and theory have been taken into account to contribute to this project”. By participating in this project, Giovanna gained an improved understanding of the use of information, which made it possible to spend her time more efficiently, both for her as well as for the other participants.

For future generations, it is very important to secure such level of involvement in the cultural arena. In this case, people like Giovanna and Carina are the ones who look after the interests of the youth and give their best that everyone has the opportunity to embrace their creativity and live the artistic experience. Like them, their students were able to be part of the recovery plan process and, according to Carina, “have positively valued the opportunity to contribute to their country in the reactivation of culture”. UNESCO’s participation in the reactivation of the sector is the key, as it gives a high level of confidence to all the actors involved to achieve the goals they pursue, since they have the best preconditions to realize their dreams. In addition, the reliability that the project will be carried out by UNESCO assures there will be a high level of citizen participation and all voices will be heard.

In the city of Piura that Giovanna calls home, UNESCO’s support made it possible to launch an initiative that is developing a cultural community diffusing cultural activity at the local level. The impact upon people’s lives has thereby been significant. For Giovanna personally, the project allowed her to learn more about the initiatives for the sector that exist at the policy level.

But social cohesion is also a benefit as she excitedly explains:

“Being in contact with other cultural actors in the region and getting to know the work they do and the problems they face is one of the major benefits of the project. As a result, it is possible to create paths towards a dialogue that will allow us to generate cooperation networks in the search for solutions to common problems”.

In addition to responding to the crisis through the recovery plan, UNESCO has developed a strategy to enhance women’s stature in the creative industries, notably the scholarship MALI-UNESCO also rolled out in Peru. Indeed, Judith Cruz, a native of the Amazonas region, is a beneficiary of this scholarship. She also shares the enthusiasm of Giovanna and Carina to foster her artistic career. In addition to being a cultural manager, her main concern lies in rescuing the ancestral culture through weaving techniques. She is not only interested in it, but it is her passion. Every time Judith works on such pieces, her happiness grows. For her, this means passing on the cultural legacy of the people to future generations.

One of the reasons that motivated her to be part of the project was recognition, which would allow her to develop and grow even more within the handicraft industry. For her, being part of the project also meant strengthening her cultural skills, providing her with the confidence and support she was looking for: “The experience allowed me to encourage other artisan mothers, a dream that became a cultural project for my community, hopefully we will see a change in the lives of the mothers and children of my community”.

Judith, Giovanna and Carina are great examples of Peruvian women cultural managers that UNESCO contributes to empower. Their pioneering leadership demonstrates to those who are pursuing their artistic dreams that there are people in the field who constantly endeavor to carry out projects so that artists can unleash their creative potential.

*This article has been produced in the frame of the project Development of a communication strategy and the implementation plan as well as the strategy implementation services, for UNESCO. 13 human-impact articles were produced for dissemination in UNESCO’s website and social media. The stories highlight the projects implemented by UNESCO (including the International Fund for Cultural Diversity) and the impact achieved on the beneficiaries through an “IAI” approach, by focusing attention on Issue, Action and Impact. GlobalCAD directly tapped the beneficiaries based on contacts facilitated by UNESCO to obtain their testimonies and multimedia files related to the projects.*