The effects of Ukraine's invasion in Africa: Crisis or opportunity? 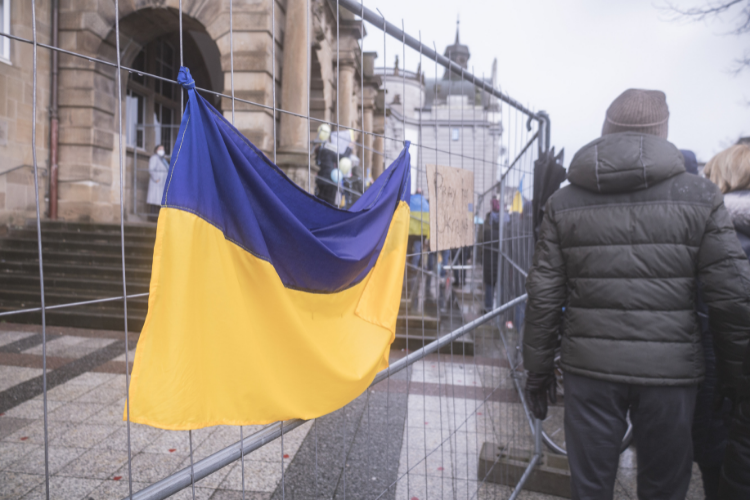 As is often the case in geopolitics, when the world sneezes, Africa catches the cold. The effects of the invasion of Ukraine have not only hit the world’s energy markets. It has also confronted the planet with a deeper crisis: global food shortages.

As Jack Nicas documents for the New York Times, a crucial portion of the world’s wheat, corn, and barley are stuck in Russia and Ukraine because of the invasion, while an even larger portion of the world’s fertilizer is stuck in Russia and Belarus. What are the consequences? World food and fertilizer prices are soaring: wheat prices have increased by 21%, barley prices by 33% and some fertilizer prices by 40%. This mainly affects low-income countries, especially in Africa.

In fact, Ahunna Eziakonwa, Under-Secretary-General and Director of the UNDP Regional Office for Africa, already informed us that a total of fourteen African countries depend on more than half of their wheat imports from Russia and Ukraine. Likewise, almost half of the continent depends on more than a third of the imports of this cereal from both places.

This has led some African countries, such as Ethiopia, Nigeria and South Africa, to impose controls on prices in the domestic market and restrictions on exports. Benin has banned them. Other countries, such as Malawi, Zambia and Uganda, offer cash subsidies to vulnerable groups. However, with fuel and energy prices rising sharply, also as a result of the situation in Ukraine, very few African countries will have the fiscal space to maintain such policies, even if they wish to continue applying them.

And it is that the conflict in Ukraine has only mixed one catastrophe with another. David M. Beasley, executive director of the World Food Program, reminds us that there has been no precedent for this situation that even comes close to anything like this since World War II.

This can lead to effects that accelerate violence and instability in the region, as the recent violent demonstrations caused by rising prices in Sierra Leone have shown. It is a clear example of how inflationary pressures can easily fuel instability.

And yet, to the great surprise of many (not so much for others), Africa has not condemned the invasion as many expected.

There are many reasons that justify this position. It has become clear that some African countries, including South Africa, continue to see NATO as the aggressor with its eastward expansion. Furthermore, in the last decade, several African countries such as Libya, Ethiopia, Mali and Nigeria have developed significant military alliances with Russia.

But also, there is a growing perception in several African countries that traditional Western allies only care about their own economies and people, and would only help if it is in their interest. For example, since the impact of sanctions on Russia began to drive up commodity prices, the US has turned to Venezuela, while the UK has turned to Saudi Arabia to increase oil production. No one talks about how this price escalation will affect African economies.

But some already point to African interests benefiting from a possible renewed international trade. For example, the president of Tanzania, Samia Suluhu Hassan, stated that the tensions in Ukraine are generating a growing interest in the country’s gas reserves, which are the sixth largest in Africa. Hassan favours a business-friendly approach and has renewed negotiations with energy companies in hopes of attracting $30 billion in foreign investment to revive the construction of offshore liquefied natural gas projects in 2023.

In Senegal, on the other hand, 40 trillion cubic feet of natural gas were discovered between 2014 and 2017 and production is expected to start later this year. Already a supplier of liquefied natural gas (LNG), Nigeria is also embarking with Niger and Algeria on the Trans-Saharan Pipeline to increase natural gas exports to European markets. On February 16, the three countries signed an agreement to develop the pipeline, which is estimated to cost $13 billion.

In any case, as Eziakonwa recommends, it seems like a good time for African countries to reduce their dependence on food imports and renew investments in technology and infrastructure. And to also continue betting on innovation in the promotion of new approaches with respect to entrepreneurship, to allow the youth of Africa to propel a revolution in food production and in the energy transition.

“African countries” concludes Eziakonwa, “should, once again, be regional granaries and powers of sustainable and autonomous economic development.” Now is a good time to start again.