Our new normal?: The climate emergency 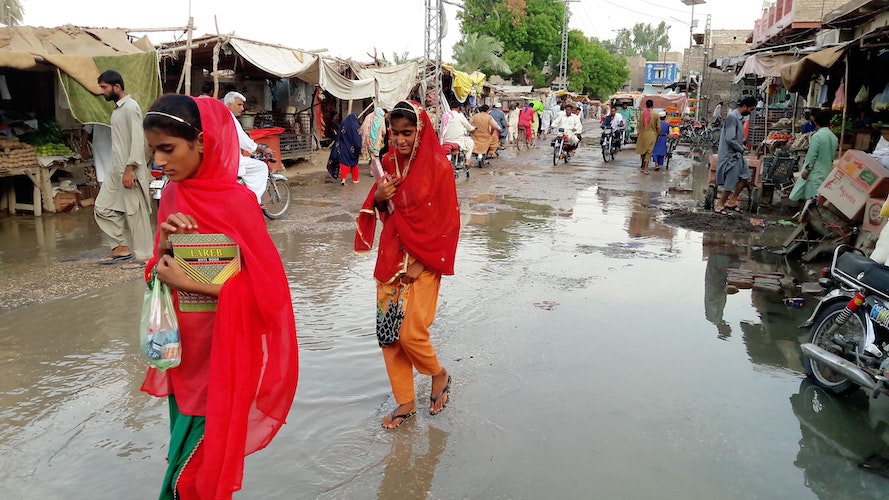 When the world came to a halt, many hoped that the climate would, finally, breathe. Planes stopped. Cars. Industrial activity. And yes, carbon dioxide (CO2) and nitrogen dioxide (NO2) emissions were reduced. City skies became clearer; rivers became transparent; dolphins returned to the Mediterranean and even fish and marine wildlife returned to the canals of Venice.

But did it do any good? According to the Global Carbon Project, not really. This initiative, which studies greenhouse gas emissions through human activities in the Earth system, analyzed emissions before, during and after the pandemic. According to its findings, several sectors have again released as many greenhouse gases as in 2019 (which was in fact the year that broke the world-historical record, with 43 gigatonnes emitted into the atmosphere).

The Global Carbon Project’s report reinforces the negative news announced by the sixth report of the UN’s panel of experts, the IPCC, which concluded last August that no one is safe from the damage caused by the climate crisis.

António Guterres, Secretary-General of the United Nations, was atypically blunt: “Time is running out. We are still significantly behind schedule to meet the Paris Agreement targets and unless there is an immediate and large-scale cut in emissions, it would be impossible to limit warming to 1.5°C.”

The stakes are high. As we are all witnessing, global warming is generating warmer temperatures, more intense storms and stronger heatwaves. This causes droughts and increases the risk of fires, leading to deforestation and desertification of the planet.

On the other hand, the melting of glaciers will cause sea levels to rise, which will affect water circulation patterns in the oceans, threatening the survival of species of flora and fauna that survive in these ecosystems, as well as causing many islands to disappear and many cities to lose part of their surface area to the sea. There will also be substantial changes in the availability of water for drinking and irrigation.

And on top of that, it is estimated that more than 8 million people worldwide die each year from breathing polluted air containing particulate matter from fossil fuel emissions; a significantly larger number than researchers previously assumed. According to the authors of the research that published this data in the journal Environmental Research, this implies that nearly one in five deaths occurring globally is a result of air pollution.

The United Nations Environment Program (UNEP) reports that five years after the adoption of the Paris Agreement, no progress has been made towards meeting the targets. Global emissions must be 15 gigatons of carbon dioxide equivalent (GtCO2e) lower than current unconditional nationally determined contributions (NDCs) to meet the 2°C target; and 32 GtCO2e lower to meet the 1.5°C target.

In this context, Guterres calls for action: “At the COP26 summit in Glasgow, states must present their climate strategies. Calculations indicate that, altogether, they should represent a 45% cut in global emissions in 2010. With what is on the table, for the moment, the bite would be half of what is needed”.

At the level of concrete actions, the COP26 has just begun and requires the following:

Ensure global net-zero by mid-century and keep those 1.5 degrees within reach: Countries are asked to submit ambitious emissions reduction targets for 2030 that are aligned with achieving net-zero by 2050. This can only be done by accelerating the phasing-out of coal, reducing deforestation, accelerating the shift to electric vehicles and encouraging investment in renewable energy).

Adapting to protect communities and natural habitats: Working together to enable and encourage countries affected by climate change to protect and restore ecosystems, as well as build defenses, warning systems, and resilient infrastructure and agriculture to prevent the loss of homes and lives.

Mobilizing finance: Developed countries have a target to mobilize at least $100 billion in climate finance per year, and this COP26 will review that commitment.

These are ambitious goals, yes, but they are inevitable. And for this, much greater solidarity is called for than is currently the case, including the realisation of the climate finance commitment so that developing countries can also be assisted in taking climate action. Although it has been repeated for more than two decades, it seems that this is the only way to achieve a more secure, sustainable and prosperous future for all. We are running out of time.