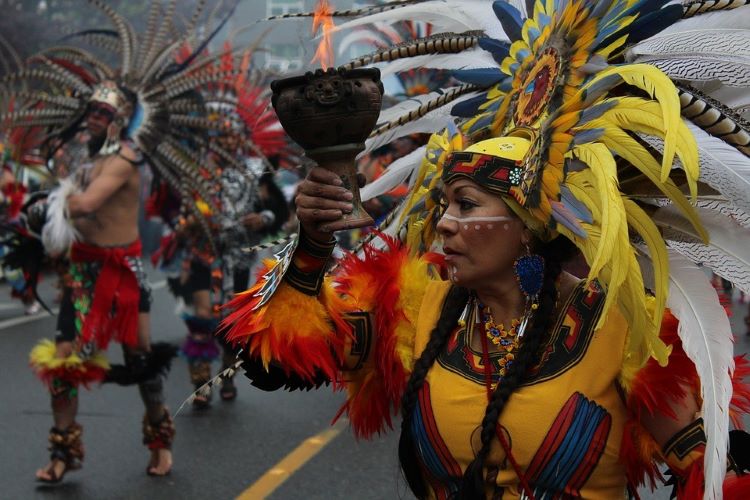 Currently, according to data presented by the World Bank (2021), there are approximately 476 million indigenous people in more than 90 countries, constituting more than 6% of the world’s population.

Furthermore, according to the United Nations (2020), Latin America and the Caribbean is the region with the highest proportion of indigenous peoples. It is estimated that out of a total of approximately 42 million indigenous people, 59% are women.  However, women constitute the most oppressed sector, both within indigenous communities and in society in general.

This discrimination is reflected, firstly, in some cultural traditions that deprive or make it difficult for indigenous girls to access education, or that allow forced marriages. Secondly, many indigenous women live in extreme poverty (according to the UN, 7% of indigenous women live under $1.90 per day), as they are often employed in the informal economy and are not allowed to own properties.

The third reason is due to beliefs that consider indigenous people as second-class citizens. However, they protect 80% of the planet’s biodiversity and possess ancestral knowledge regarding adaptation and mitigation of climate change and natural disasters, among others.

International Indigenous Women’s Day is celebrated on 5 September to commemorate the Aymara warrior Bartolina Sisa, who played a key role in the struggle against colonial domination. The aim of this day is to give recognition to all indigenous women who have played – and still play – an important role in the preservation of indigenous culture.

In this context, we share the video The Green Lungs of Guyana, documented by CAD Productions in the framework of the project “Consultation and Stakeholder Engagement on REDD+ & Readiness Activities in Guyana”.

REDD is a programme that stands for “Reducing Emissions from Deforestation and Forest Degradation” and aims to mitigate the effects of climate change.  The following video presents three success stories that highlight the possibility of achieving forest livelihoods through sustainable agriculture and tourism practices, demonstrating the potential for their replicability.