Seoul: Breaking down the asphalt to achieve a more human city 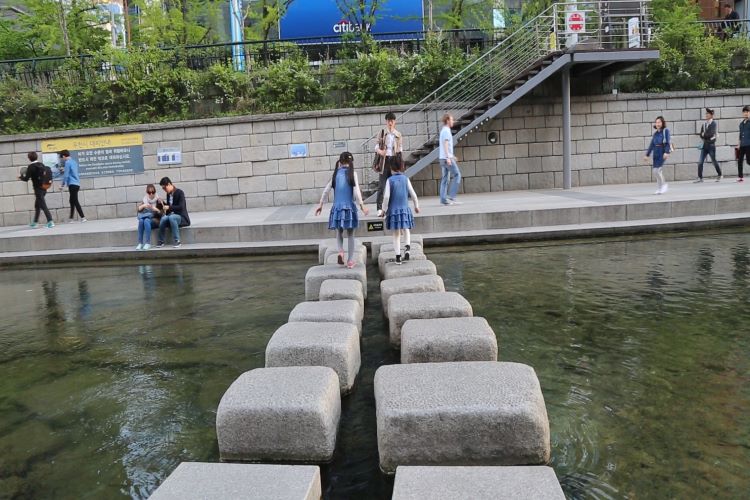 The rapid growth of cities exposes urbanites to increasing climate risks. More than half of the world’s population now lives in cities, and by 2050, this figure will rise to 68%, according to UN estimates. This increase is expected to be concentrated mainly in Asia and Africa, and will affect people’s living conditions.

The South Korean city of Seoul is an example of this trend, which has seen its population quadruple in less than 20 years (10 million today). To cope with this unprecedented growth, the metropolitan government built roads, highways and motorways in order to connect the city. In short, an infrastructure development policy was prioritised over an environmental one, and it was decided to cover with concrete the Cheong Gye Cheon River, which flowed through the city. It was not until 2003 that a plan to rehabilitate the river was approved, allowing it to be reopened to the public.

We share this initiative on the occasion of International Soil Conservation Day, with the aim of recalling and raising awareness of the importance of preserving land and natural spaces within the fragile environmental balance.

Soils, as well as rivers, are natural spaces that support all forms of life. It is necessary to remember the consequences that over-exploitation of these areas will have on the survival of species.

The Seoul initiative has increased pedestrian activity, reduced car traffic and urban heat, and improved the quality of water, air and life.

This constitutes one of many inspiring initiatives implemented in cities around the world to create more inclusive and sustainable cities.