Improving health conditions of vulnerable urban women and children in slums: the case of India 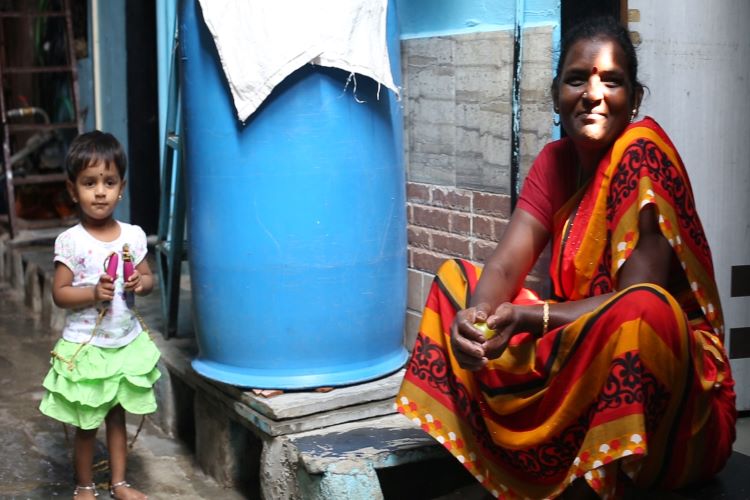 With a population of more than 1.3 million, India has been one of the countries hardest hit by the Covid-19 pandemic. According to data published by the BBC, the country has reported more than 350,000 infections per week and the situation has been particularly serious in New Delhi, where there has been a critical saturation of hospitals, laboratories and a major collapse of the ICUs.

The country’s highly concentrated population and the logistical problems make it extremely difficult to ensure access to health services for the population. This situation has also created major problems for carrying out virus testing and obtaining real data on the impact of the health crisis in the country. Another consequence of the increase of cases and the collapse of health services has been the lack of attention to other health needs not related to Covid-19.

This problem has particularly affected people living in informal settlements, especially women and children, who lack access to health services. In this context, the role of civil society as well as non-governmental organisations is key to guarantee care and basic services to the population.

In this context, we would like to share an initiative implemented by the NGO Shena in Mumbai, which works to address problems related to the health of women and children in informal settlements. More specifically, SHENA provides support in four areas: maternity care and services, child nutrition, violence against women and children, adolescent health, in order to reduce maternal and neonatal mortality and illness, child malnutrition and gender-based violence.

In terms of replicability, so far, more than 6000 public health professionals have been trained, more than 20 similar programmes have been implemented in Mumbai and the organisation has managed to create partnerships with government and private entities to achieve maximum impact.

This initiative was documented by CAD Productions as part of the Towards the Human City project and constitutes one of the many inspiring proposals implemented in cities around the world to create more inclusive and sustainable societies.