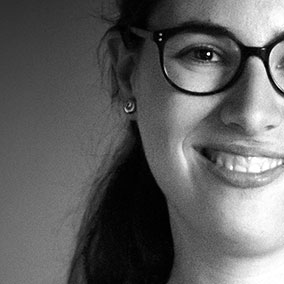 Is territorial co-management for environmental protection still a myth?

In recent years, indigenous communities have positioned themselves as key actors for the protection of the environment and constitute one of the major alliances in the fight against climate change. However, partnerships between indigenous communities and other stakeholders from the ecosystem can be difficult and may not meet results and expectations if they are not organised from a territorial co-management approach.

To understand how indigenous communities can help in nature conservation, it is necessary to consider where the international interest in involving these actors comes from. In this sense, it is worth noting that indigenous peoples were forced to act in a political and social system that was far removed from their own ways of organisation and which led to the expropriation of their territories, their exclusion and impoverishment.

The role of indigenous peoples in environmental preservation

In view of the inequality that this problem has caused, and in parallel to the rise of international awareness of global environmental problems, indigenous peoples began in the 1980s to raise their voices and make their own demands heard. These are mainly focused on the care of nature, as well as on the autonomy and the defence of multicultural states.

Under the umbrella of globalisation, these demands reached the public, favouring the emergence of alliances with environmental NGOs that had common interests. In this context, one of the first movements took place in the 1990s with the First Meeting between Indigenous Peoples and Environmentalists, promoted by the Coordinating Body of Indigenous Organisations of the Amazon Basin (COICA). This meeting highlighted the need for indigenous communities and conservation organisations to work together in the preservation of the Amazon.

Over the years, these initial partnerships have positioned indigenous communities as guardians of nature. In fact, nowadays, the preservation of a territory’s ecosystem is inconceivable without the participation of indigenous communities. However, we must remember that these indigenous communities, when they become involved in conservation partnerships, are forced to participate in a political and social system that does not fit into their worldview. We are therefore dealing with stakeholders whose different perceptions can make it difficult for the parties to understand each other.

Considering this situation, it is necessary for all the actors to interact from a position of equity, to make an effort to understand the different perspectives, and to adapt processes to the customs of the different parties, especially those of the indigenous communities. Without these requirements, co-management will not be achieved, as dynamics will continue to be reproduced in a way in which the dominant visions impose their criteria and ways of working. The result, in these cases, is that indigenous communities are unable to be actors in their own development and their participation is reduced to a mere label to legitimise the projects’ publicity.

To respond to these challenges, the Conservation International-driven project “Scaling up the co-management model of Communal Reserves to reduce emissions and increase the resilience of indigenous peoples in the Peruvian Amazon” represents a model of how an initiative can be designed with indigenous communities and not only for them. This project will be submitted as a proposal to the Green Climate Fund and aims to restore degrading ecosystems, improving the lives of communities and the sustainability of ten communal reserves and their surrounding areas.

Among other actors, the Peruvian Ministry of Environment (MINAM), the National Service of Natural Areas Protected by the State (SERNANP) and the National Association of Peruvian Administration Contract Executors (ANECAP) are participating in the design of the proposal. In addition, the bodies responsible for representing the indigenous communities in the management of the Communal Reserves (ECA) have also been involved.

The project is being developed through consultative processes that respect the cosmovisions of the indigenous communities. The needs and ways of working of the indigenous communities are being considered in order to break the misperception of their capacities.  In order to achieve a long-term and transformative impact, it is important to understand the ecosystem in which we are going to work and to assess how each of the actors can contribute to achieve the common goal.

Such an approach must be adopted from the design process itself and requires strong community leadership to address the root causes of social problems. In this case, we see how the different actors are trying to work together from the design phase to improve the lives of communities, promoting the sustainable use of ecosystems to limit deforestation and degradation of Amazonian forests. They are therefore investing their time and their resources to design a real territorial co-management project with and for the indigenous communities.

A team of GlobalCAD’s experts proposed a financing structure to promote green businesses in communal reserves in the frame of this project. To do this, a search engine for green funds was launched, that allows indigenous communities to access the financial means to implement the community reserve management model.

This kind of approach, in which GlobalCAD has been involved by proposing a financing structure to boost green business in communal reserves, requires time. Time is needed to understand the causes of the problems to be addressed, but also to understand the needs that arise as well as the consequences of the possible solutions to be adopted. Respecting deadlines allows the various actors involved to build relationships of trust that allow them to participate in a transparent and equitable manner.

As development actors, we need to adjust work deadlines to the realities of the communities and not get carried away by the political and financial cycles that currently mark many processes. Territorial co-management cannot be achieved without the real participation of all actors in the ecosystem, including indigenous communities. This is the only way to achieve structural changes that lead to a real transformative impact.

Andrea is a GlobalCAD specialist in cross-sector partnerships. She has experience in the implementation of capacity-building programmes on partnerships with indigenous communities in Mexico and Peru.