The new inequality: stories from the pandemic 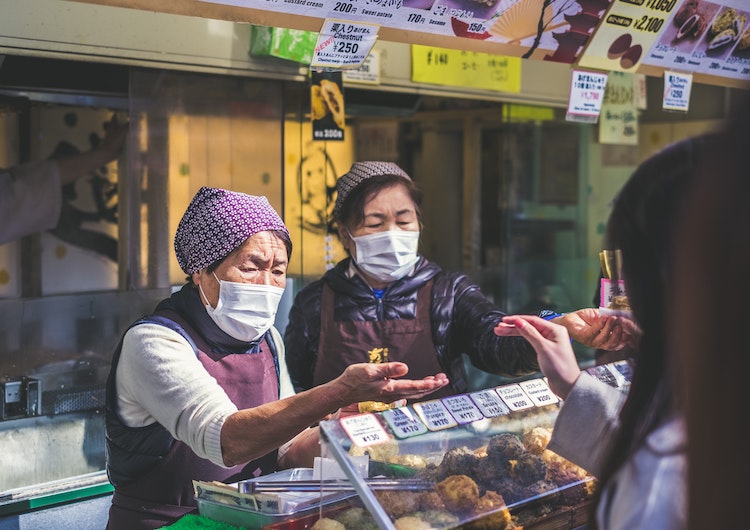 Billions of people were already living on the brink of inhumane poverty when the pandemic suddenly struck. Confinement has distinctly affected everyone, but it has hit the most vulnerable the hardest: to those families struggling to keep a roof over their heads; to those living in informal settlements; to those working in the informal economy.

Oxfam’s report “The Inequality Virus” pointed out that COVID-19 has increased economic inequality in almost all countries at the same time. This has happened for the first time since record-keeping began in this area more than a century ago. The report denounces how the current situation is creating a super-rich elite amassing wealth in the midst of the worst recession since the Great Depression, while billions of people face the worst jobs crisis in more than 90 years. The report also warns that unless rising inequality is addressed, 500 million people will join those already living in poverty today on less than €4.5 a day by 2030.

Inequality has always been the great problem waiting for a solution for those of us engaged in development. Great achievements have been made and great challenges have also been overcome in terms of access to opportunity and human wellbeing. The growth of the middle class and its rising living standards have also exceeded all forecasts and expectations for wealth generation and human freedom. But none of these claims can secure the slogan of “leaving no one behind”; indeed, the cooperation sector’s great challenge has always been its systematic failure to improve opportunities for the most vulnerable. Inequality between those who accumulate the most and those who have the least continues to grow.

A recent study by Max Roser identified some of the major achievements and setbacks in combating inequality around the world. The study highlights the example of the United States, which has made very substantial progress in health achievements over the past 140 years: in 1880, American life expectancy was only 39 years; since then, it has doubled.

Yet this extremely positive trend has come to an end. While the life expectancy of people around the world continued to increase, among Americans this factor has declined since 2014. With the 2020 pandemic causing more than half a million deaths in the United States (one in five deaths from the virus is American), the decline in life expectancy is set to continue.

Complementing this analysis, and as evidenced by a study conducted by Harvard University’s Department of Economics, the reduction in life expectancy is closely linked to the income generated by families. According to research led by economist Raj Chetty, the difference in life expectancy between the poorest 1% and the richest 1% in the United States is an alarming 14.6 years. Unfortunately, this income gap and its impact on life expectancy are expected to increase as a result of the pandemic.

Another dramatic impact of the pandemic generating greater inequality concerns the labour market. The report COVID-19 and the world of work: the impact of a pandemic showcases how low-income and low-skilled workers are the ones most affected by the pandemic. Nine million jobs were lost in the first nine months of the pandemic alone. Unsurprisingly, young people and families who depend on the informal economy are mostly present in this category. Working from home does not work either for the poor or for low-income youth, neither for families working in the informal sector.

It seems that even the traditionally more neoliberal institutions, such as the International Monetary Fund, have come to recognise the importance of equality in promoting good economic performance (including growth and stability). Nobel prize-winning economist Joseph Stiglitz has called for a return to business as usual and advocates a comprehensive rewriting of the rules of economics. He argues that, during the reign of neoliberalism, not enough attention was paid to how policies such as capital and financial market liberalisation led to greater individual insecurity as well as higher macroeconomic uncertainty.

Still, there is room for hope. If the pandemic has accentuated inequality, it has also demystified certain dogmas of conventional economic thinking. This triangular crisis (economic, health and social) has exposed the limitations of economic orthodoxy and its models, demonstrating how essential public institutions are in guaranteeing basic services for all citizens. It has also highlighted which jobs generate the most value in times of crisis: healthcare, logistics, trade and transport; and that, ultimately, thinking about the common good is the most efficient way to achieve individual security and well-being.