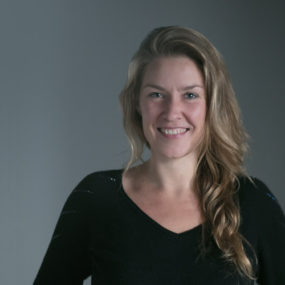 Nina Retzlaff: "Assessing adaptation to climate change must integrate all the stakeholders" 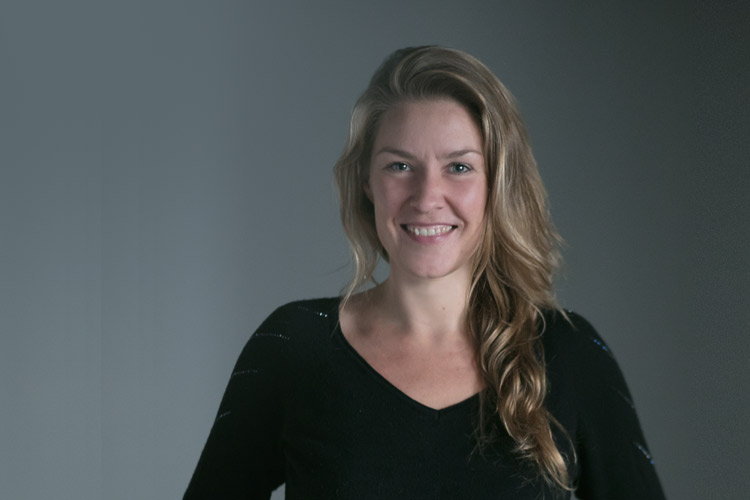 With half a million species, Costa Rica is one of the most biologically diverse countries on earth. In particular, the cloud forest of Monteverde has 2.5% of the world’s biodiversity and 50% of the plants and animals of this Central American country. However, climate change could destroy its most valuable feature and the one that makes its name meaningful: the clouds.

Changes in land use, deforestation, and in higher ocean surface temperatures are leading to a decrease in the cloud cover that is fatal to many species. Like Monteverde, many other environments in Costa Rica are affected by the consequences of climate change, with a devastating impact on biodiversity, health, the economy or food security.

Since 2018, Costa Rica has been implementing its National Policy on Climate Change Adaptation (PNACC in Spanish) and has started working on the establishment of indicators to monitor the progress in the policy implementation and to evaluate the results.

In 2019, the International and Ibero American Foundation for Administration and Public Policies (FIIAPP) commissioned GlobalCAD to support  the Climate Change Directorate (DCC) of  the Ministry of Environment and Energy (MINAE) of Costa Rica in the design of monitoring and evaluation system for the PNACC.

We chatted with Nina Retzlaff, manager of the project,  to understand how the implementation of the climate change adaptation policy is measured and what we can learn from the experience in Costa Rica for future scenarios.

GC: What was your mission in this project?

NR: MIDEPLAN is the ministry responsible for managing the country’s policy evaluations, and the Climate Change Directorate of the Ministry of Environment and Energy is responsible for the implementation and the monitoring of the PNACC.

The mission of GlobalCAD here was to support these two ministries in creating a system to monitor the PNACC, and to develop a design proposal for its evaluation. As a result, we created tools and methodologies that allowed us to collect data on the implementation, efficiency and effectiveness of the PNACC.

GC: What are these tools?

NR: The most tangible result is a dashboard with monitoring indicators in six key areas. To understand this, it is important to say that the climate change adaptation policy in Costa Rica was formulated through a participatory process that involved the private sector and the third sector.

As a result, we have a very inclusive and broad policy that takes into account various sectors such as health, water resources, tourism, biodiversity, infrastructure and the agricultural sector. This makes it very rich and effective because it allows us to face a phenomenon that is a cross-cutting challenge for the whole country. But at the same time, it makes the policy complex because many actors must provide data for its measurement.

In addition to this battery of indicators, we defined a governance system that organizes and indicates how the data is provided, which actors participate and how this data flows through the different instances in order to monitor the implementation of the PNACC and the results, from the territorial level to the national level.

GC: What has been the project’s main contribution to the country’s progress in adapting to climate change?

NR: Creating a monitoring and evaluation system is the first step in generating knowledge about what works and why, in the adaptation arena. Without data, it is difficult to take the correct action. Adaptation is measured mainly at decentralized level and, as you can imagine, this depends very much on the particularities of the communities, which are very diverse.

On issues of climate change mitigation, Costa Rica already has a very interesting indicator system. The SINAMECC, as it is called, is an online tool open to the public to promote learning and accountability.

However, the creation of the adaptation module is pending. The aim here is to measure the risk and vulnerability of the country related to climate change as well as the impact of adaptation actions. This module will be the main tool for a comprehensive monitoring of the PNACC and we have created the basis to integrate it online.

In addition, MIDEPLAN plans to carry out three evaluations of the implementation of the PNACC at different points in time. This has the objective of knowing in detail the relevance, efficiency and effectiveness of the policy and related adaptation actions that are undertaken throughout the country. We support this process with the development of a methodological proposal for the evaluation.

GC: How did you come to build this system?

NR: Weapplied an approach based on the theory of change: a logical path of where you want to go and how.

We worked on the theory of change together with the DCC and MIDEPLAN including the six focus areas of the policy: three cross-cutting areas that are planning, investment and knowledge management; as well as the key thematic areas of biodiversity and ecosystems; services and infrastructure; and productive systems.

With the first version of the theory of change created, we organized a workshop with more than 50 representatives of public institutions, NGOs, the cooperation and the private sector to review the logical chains that had been created, provide input and validate the whole system. As a result, we generated a final version of the theory of change and the proposed indicator system.

GC: Why is it important to have a governance system to measure adaptation to climate change?

NR: To follow up on an adaptation policy it is important to involve all the relevant actors, which are usually many. They should participate from the beginning: much collaboration is required to ensure the success of the monitoring system evaluation.

The first thing we had to do was defining the institutional responsibilities for the implementation for each policy area and for each indicator. In a next step, we supported the DCC in the process of initiating a dialogue with all the institutions that have to report information to the system, of establishing formalized agreements on the data to be reported and on the way to do it.

GC What can Costa Rica’s experience in adapting to climate change teach other countries?

NR: It would be difficult to draw a conclusion that can be extrapolated to other contexts. This is due to the complexity of adaptation, compared to mitigation. Measuring mitigation is relatively straightforward because it is done through emission reductions. However, adaptation does not have internationally defined indicators because it is something very specific to each country and each region of the country, depending on the local conditions.

As a good practice, I think we can highlight the participatory methodology that we applied to build the monitoring system. The theory of change is a very useful tool and there are several countries that have worked with this approach to measure their adaptation to climate change. We also shared our experience in Costa Rica in a virtual session with the community of practice on monitoring and evaluation of climate policies in the framework of the Euroclima+ programme.

GC: What solutions have you found to the challenges of measuring adaptation ?

NR: The lesson learned is that, if we are dealing with complex phenomena, the monitoring and evaluation system has to be flexible, capable of adapting to dynamic scenarios. To address this, we proposed an initial system with 47 indicators adapted to the current situation, but with the recommendation of reviewing them periodically to see what changes should be introduced.

We have defined a sophisticated system, centralized by the MINAE that is in charge of compiling the data and analyzing it to produce reports and knowledge products. This includes materials accessible to non-specialists to promote learning on how they can contribute to adaptation.

This is important because the PNACC is focused on the public sector, but adaptation is an issue that mainly concerns the population. Therefore, it is essential for the population to understand what the risks are and how to adapt.

We hope that this proposal will contribute to making the monitoring and evaluation of adaptation a truly integral process for the whole of society and that this will translate into a proper and effective approach to the challenges of climate change.