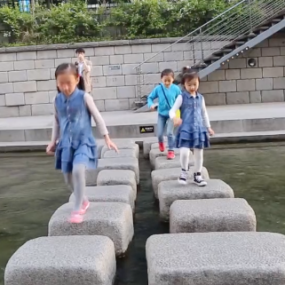 Why is it so important to revindicate the human component of cities? All cities are made up of human beings. Isn’t it therefore obvious that cities are human? This question was constantly asked during the more than two years we spent traveling to more than 60 cities around the world documenting urban innovation initiatives under the project we call Towards the Human City.

And interestingly, our conclusion was that now more than ever, it is urgent to promote the human dimension of cities. Unfortunately, many cities were not designed with a human scale, not even to benefit the human condition or to respond to the desires and needs of the humanity that inhabits them: their citizenship.

The Towards the Human City project aimed to identify, document and communicate initiatives that proposed significant improvements in the way we think and manage cities in order to make them more human and inclusive.

Following this project, we document initiatives in North America, Latin America, Africa, Asia and Europe through thematic axes that we considered essential to promote and strengthen the human city. The axes that were left, after much travel and much documenting, have been the following:

Our goal from the beginning was to document 101 urban transformation initiatives, communicate them through audiovisual stories in short-video formats (3 to 5 minutes), and create a video library of case studies and examples on how citizens, in collaboration with their local governments, are transforming their cities through innovative initiatives. On the one hand, we wanted to show that one doesn’t need large budgets to significantly improve one’s city (many initiatives were promoted with a low budget) and on the other, we wanted to join forces in communicating these initiatives so that they can inspire other citizens and replicate success globally.

We have currently documented 86 initiatives, and therefore, we have 15 left to complete the project. Last November 12th, at the SmartCityWeek in Barcelona, ​​we presented the exhibition «Towards the human city: how would you improve your city?» by opening a dialogue with the citizens of Barcelona and offering an interactive platform to obtain new voices for the project. The exhibition was open to the public until December 3rd and the closing event featured a round table on how technology and social innovation can help create more inclusive and sustainable cities. Speakers such as Laia Bonet, Deputy Mayor of the 2030 Agenda and digital transition of the Barcelona City Council participated in the discussion as well as Emilia Saiz, General Secretary, United Cities and Local Governments (UCLG); Jordi Hereu, President Idencity and former Mayor of Barcelona; and Rosa Surinach, Partnerships, Advocacy and Outreach Coordinator of UN Habitat.

In the coming months, we will be carrying out the final phase of the project, documenting initiatives in Barcelona and traveling through Mallorca, Bilbao, Madrid, Portugal, France and Italy, to document how a more sustainable, more inclusive and more resilient city models is being promoted in southern Europe. In short… more human. We invite you to be part of this project and help us to identify new initiatives, as well as to promote those that we have already documented throughout the trip.