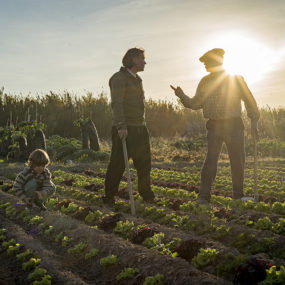 "The Last of the Mejana": rebellion and hope 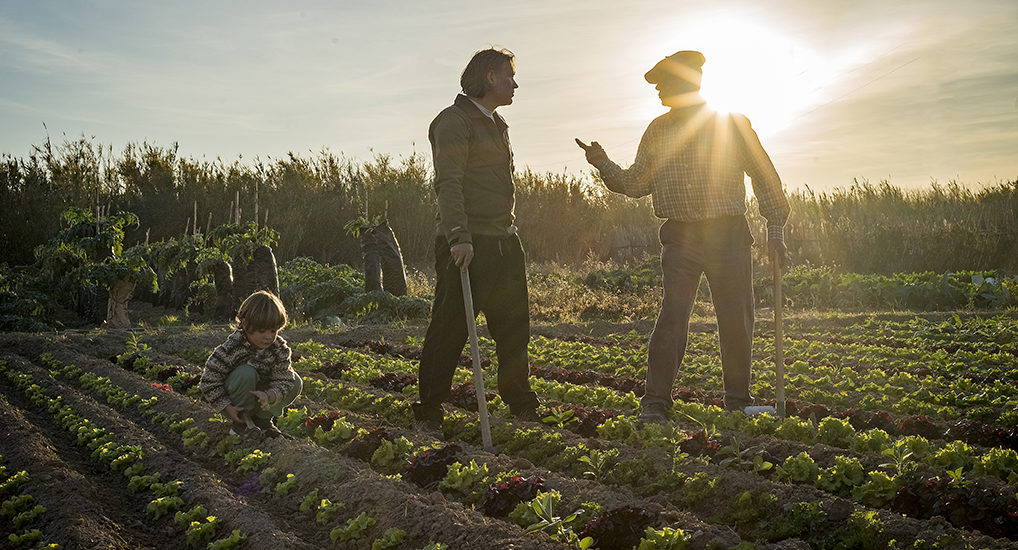 “Gardening is the most revolutionary act there is.”

The provocative quote of Vandana Shiva, Hindu activist and physicist reflects the current predominance of an industrial food production culture and exposes both the challenge and the relevance of keeping agroecology and a low carbon footprint consumption alive.

Agroecology – small-scale, diverse and sustainable agriculture – is presented today as an alternative to industrial production and the importing of agricultural products, practices associated with ecological imbalances that contribute to climate change and rural exodus. For many, proximity consumption is the only hope to feed the world in the future in an ecologically sustainable, socially fair, culturally acceptable and economically viable way.

Sustainable agriculture is precisely the theme of the documentary “Los Ultimos de la Mejana” (“The Last of the Mejana”, in free translation), the latest project of the documentary filmmaker Patxi Uriz, produced by Ultreia Films and supported by CAD Productions.

The narrative tells the story of Santi Cordón, a cook in the municipality of Tudela (Community of Navarra, located at 94km from Pamplona). “La Mejana” is the farmland of Tudela, the orchard in the city. Bathed by the Ebro river, the interfluvial sotos endow the lands with great fertility. This is evidenced in the cultivation of a wide variety of vegetables such as artichokes, asparagus and “Tudela Cogollos”, which have won international recognition.

Son of a gardener, the cook laments not having spent more time working in the garden with his father, who passed away. To make amends, Santi reaches out to the last Tudela gardeners, known for developing sustainable practices in the cultivation of the land.

Santi’s story is not unique. Gardening has been an important economic activity in the region: in 1980, there were 1,500 gardeners in Tudela. Today 25 remain. The oldest is 94 years old and the youngest, 70.

Through Santi’s story and his quest to recover a culture in decline, Patxi gives voice to a generation of children and grandchildren of gardeners who are disconnected from the cultivation of the land and sensitively addresses the need to keep this culture alive. Reaching beyond Tudela, the film provokes a reflection of our own relationship with food, the environment and consumption. Using a poetic language, Patxi combines the emotional aspect of the lost of a legacy with the seed of hope that comes with the incorporation of new generations in the care of the land.

The goal of the project is to make visible the work of these last gardeners of Tudela, who with their artisan work provide food that contributes to preserve a culinary concept that unites produce seasonality with healthy eating. “My intention is to highlight the value of cultivating one’s own garden, and thereby raise awareness about the care of the environment and the quality of the food we eat every day,” says Patxi.

To support the post-production and dissemination of the project, Patxi has launched a crowdfunding through the “La Teua Terrra” platform, where it has obtained more than 7,500 euros from more than 100 contributors worldwide.

Last Thursday, December 19, the closing of the successful crowdfunding was celebrated at GlobalCAD’s end of the year event.

The documentary was officially released in Tudela on December 27 and will be featured in movie theaters across the country. You can follow Patxi Uriz on Facebook for more information.