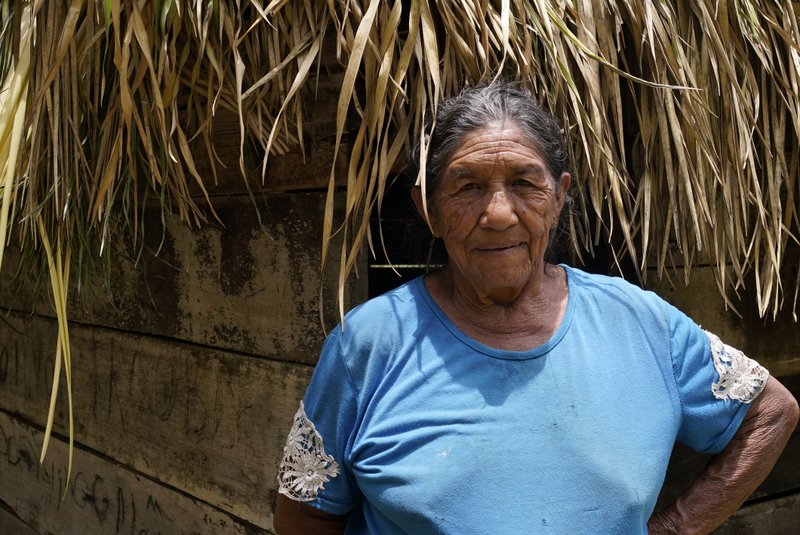 Forests cover 30% of the Earth’s land surface and play an essential role in maintaining sustainability: they favour sustainable agriculture, stabilize soils and climate, regulate water flows and provide a habitat for pollinators and natural predators. They also play a fundamental role in meeting the Sustainable Development Goals (SDGs) of the 2030 Agenda as they contribute to ensuring the food security of hundreds of millions of people, being their main suppliers of food, energy and income.

However, levels of deforestation, despite global attempts to reduce them, remain alarming. In 2017 alone, for example, 15.8 million hectares of tropical forest were lost, equivalent to 40 football fields every minute for 12 months.

In the last 25 years, the rate of disappearance of forests has been reduced by half. Since 1990, 129 million hectares of forest have been lost. 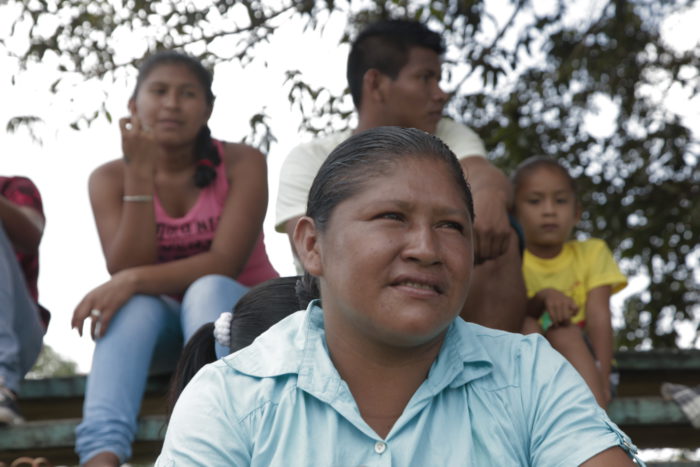 Villagers of Surama in a community meeting. Photo: Patxi Uriz

Due to the relationship they have always maintained with their natural resources, the sustainable cultivation of food and life in harmony with nature, their knowledge has become an essential heritage and historical legacy to face the challenges of deforestation and climate change we face. The FAO identified six ways in which indigenous communities are helping to fight climate change:

> Promoting resilient agricultural practices: Indigenous peoples have developed agricultural techniques that adapt to extreme environments that are time-tested, (such as the creation of terraces that stop soil erosion, or floating gardens that make use of flooded fields), present innovative solutions for meteorological changes.

> They conserve and restore forests and natural resources: Natural resources are considered as a property shared by indigenous people and their protective management of forests and rivers help to mitigate the effects of climate change.

> Native foods expand and diversify diets: Wheat, rice, potatoes and corn account for 50 per cent of the calories we consume daily. With native crops with high nutrient content, such as Quinoa, oca and moringa, the food systems of indigenous peoples can help broaden the food base.

> Indigenous foods are resistant to climate change: Many indigenous peoples live in extreme environments and therefore have opted for crops that are better suited to local contexts and are more resistant to drought, altitude, flooding or other extreme conditions.

> Indigenous territories own 80 per cent of the world’s biodiversity: The phytogenetic and animal species heritage is found in forests, rivers, lakes and pastures. By living a sustainable natural life, indigenous peoples preserve these environments, helping to maintain the biodiversity of plants and animals in nature.

> The lifestyles of indigenous peoples adapt to the spaces they inhabit: Indigenous people have adapted their ways of life to respect their environment. In the mountains, their practices conserve soil and reduce erosion, in the pastures, they manage livestock grazing and cultivation in a sustainable way, in the Amazon, ecosystems improve when indigenous people inhabit them.

In this sense, it is evident that indigenous peoples are essential partners in the fight for hunger eradication and the search for solutions to climate change, and as established by FAO, they will never achieve long-term solutions or food security without guaranteeing their rights as peoples.

A farmer from Guyana going to work. Photo: Patxi Uriz

The initiative of the Special Rapporteur of ECLAC analyses the relationship between indigenous communities and extractive industries, identifying the main aspects that condition the guarantee of indigenous rights. Some of the main ones are the following:

>  Affectation of their sacred places;

> Deficient independent evaluations of the impacts on their lands;

> Failure to comply with the state duty to consult and adopt safeguards to protect rights before granting concessions;

> Exclusion of indigenous peoples from participation in the benefits derived from the exploitation of resources from their territories;

> Criminalization of the indigenous protest.

One of the initiatives that are contributing to the recognition of the legal security of the indigenous territory is the Reduction of Emissions of greenhouse gases caused by Deforestation and Degradation of forests, the conservation and the increase of the captures of CO2, also known as REDD+. When these strategies are designed in a participatory manner, they can become an effective process for the sustainable management of forests, as well as the increase of forest reserves and, therefore, respect for the rights of the communities that live in them.