"Cities are united by the invisible thread of culture", concludes the roundtable hosted by CAD

The former Minister of Culture of Brazil, the former Mayor of Barcelona and the Director of UN-Habitat for Resilient Cities debate on the role of culture in the resilience of cities in an event organized by GlobalCAD.

When asked if culture can create more resilient cities, the former mayor of Barcelona, Jordi Hereu, is categorical: No, “the city is in itself culture, it is one of the greatest cultural products of humanity (…): a city does not mean one next to the other, but people united by the invisible thread of culture”. This was stated in the debate on Culture and Resilient Cities held on May 7 at GlobalCAD offices in Barcelona, where Juca Ferreira, Secretary of Culture of Belo Horizonte and former Minister of Culture in Brazil and Esteban León, director of the Unit of Risk Reduction and the Resilient Cities Profiles Program of UN-Habitat also participated.

In the event, titled “Culture and resilient cities”, videos of the initiative ‘Towards the Human City’ where introduced. They record and produce stories about urban projects that improve citizens’ quality of life through culture. 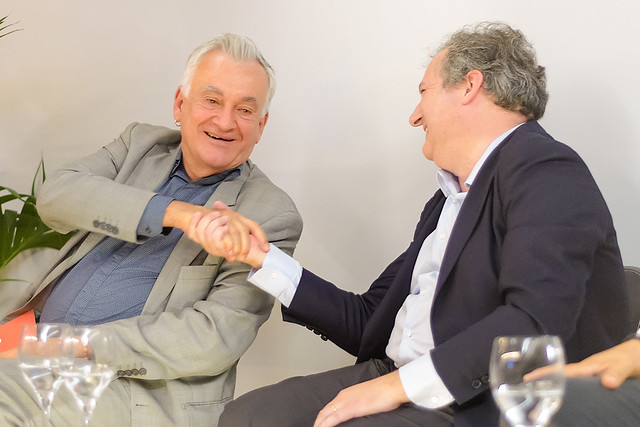 “It is not always efficient to modernize”, said León, referring to the role of local knowledge in the construction of cities. He illustrated his claim with the example of Samoa’s architecture, where traditional constructions were much more resistant to natural disasters than those of European style, adopted in the most recent times.

Ferreira, meanwhile, emphasized the challenge of diversity and of the fight for the right to the city, based on his two terms experience as Secretary of Culture of São Paulo and Belo Horizonte and Minister of Culture. He highlighted that many citizens can neither enjoy the city nor have the means to access urban cultural centres. “While some cities enjoy their diversity, others have not yet understood this source of wealth. The city has to embrace the diversity of cultural expressions that live in it,” he concluded.

The event is the second of a series of conferences carried out by GlobalCAD to discuss crucial issues and generate ideas to face current challenges with its community.