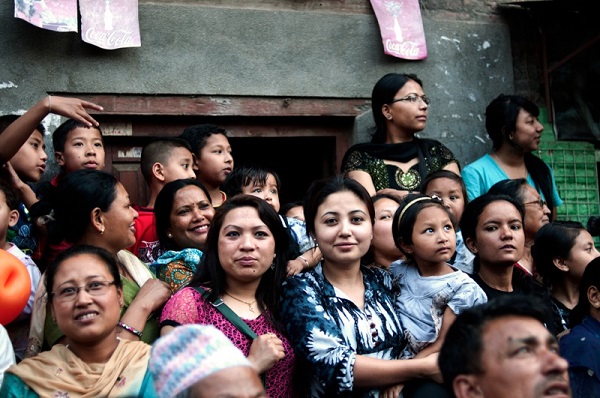 The sustainable development goals (SDGs) remark on the importance of the use of information and communications technologies (ICTs) to advance women’s empowerment. In addition, they also make a commitment to connect everyone in Least Developed Countries to the Internet by 2020. The Beijing Declaration and Platform for Action, adopted at the 4th World Conference on Women in 1995, includes “Women and the Media” as a key area that describes the need to increase the participation and access of women to expression and decision-making in and through the media and new communication technologies. A recent study published by the World Wide Web Foundation states that today there are still high internet access inequalities between women and men: globally, women are about 50% less likely to be connected than men in the same age group with similar levels of education and household income.

CAD has recently finished the evaluation of the global online platform “Empower Women” managed by UN Women. The platform aims to foster learning, knowledge sharing, and networking on women’s economic empowerment (WEE) and to support users to become change agents that take action for WEE in their respective contexts.

As of September 2016, the platform has had 14,437 registered members and has been visited by 551.360 unique users worldwide, both men and women that come from the civil society, private sector, academia, governments, and international organizations across 198 countries. In addition, the platform has engaged more than 200 champions from 64 countries who have played a crucial role in bringing the initiative to life and extending its outreach at a national level. Champions identify local challenges in their communities, and with support from the Empower Women team, develop their own projects and initiatives to advocate for or advance WEE in different ways, ranging from online campaigns to offline training and workshops with vulnerable population.

The Empower Women project has reminded us of the importance of leveraging technology to create awareness and connect people of different socio-economic backgrounds and from different geographical contexts that share the unique goal of empowering women. Online platforms like Empower Women allow women and men to use ICT in transformative ways, to make their voices heard and to enhance their offline engagement through leadership programmes such as the champion initiative and other means. Empower Women has established a participatory approach that allows people to express their opinions and share their experiences regarding women’s economic empowerment. It is an innovative project inside the UN system, as it has generated a direct and open dialogue with people at the grassroots level. The project has also received support from different partners, mainly from the private sector.

However, still a high share of the worldwide population has no access to internet, and gender inequalities in accessing technologies persist. The Empower Women project has shown that online activities alone are not sufficient to directly reach the most vulnerable. Instead, it is necessary to complement online with offline activities and to involve different actors such as governments, NGOs and private companies to upscale initiatives that aim at removing ICT access barriers while at the same time offering online education and training to vulnerable women and girls.

Authors: Sofia Guillot and Nina Retzlaff. Sofia collaborates with GlobalCAD team since September 2014. She is based in Barcelona working as a senior consultant in areas linked to Evaluation and partnerships. Nina works as a program manager and senior consultant at GlobalCAD in promoting, managing, monitoring and evaluating partnerships for CSR, base of the pyramid approaches, financial inclusion and sustainable private sector development.