Development and Security will be feminist, or they will not be 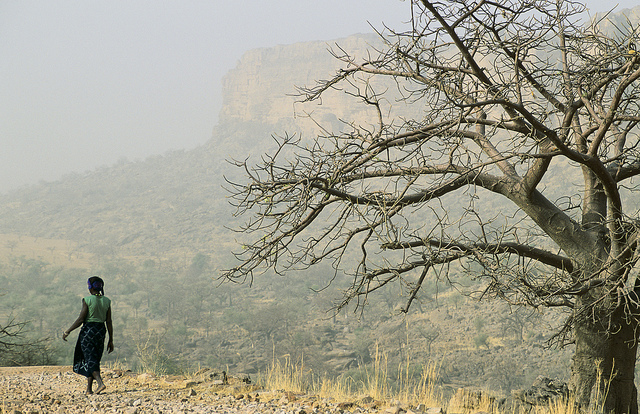 In 1994, the Human Development Report of the United Nations Program for Development (UNPD) incorporated a new concept of security bound to substitute the classical militarised concept of security focused on the State and not on people. This new concept, called Human Security, proposed citizens to be the target of security policies and the State to be the actor that should guarantee the survival and welfare of those citizens. More than two decades later, access to human security is still unequal around the world and there is a good number of authors who state that the adjective “human” has not been pointing to any individual regardless of his or her particularities (Steans; 1998). Taking this into consideration, when implementing development projects, it is necessary to understand that each individual is different and that at least half of those individuals are women with specific necessities.

The Human Security concept defines security as “freedom from fear”, but also as “freedom from needs”. In this sense Human Security is linked to Human Development which states that people cannot feel secure if their environment is not developed enough to allow them to grow personally. The link between these two concepts is the notion of empowerment (Hans & Reardon: 2010).

Empowering is a reflexive word which means “to take the power for oneself”. Following this idea, no one can empower someone else, people empower themselves and through this empowerment they fulfill their needs and achieve being free from fear. Any other way of covering people necessities will be a temporary patch since people’s need will be covered thanks to someone else’s charity, which will create dependence. A dependent person will not be empowered, and someone without power will sooner or later feel fear and uncovered necessities again.

Having said that, where does the dilemma between Human Security –which guarantees everyone’s empowerment— and feminism lye? When a person is empowered, it does change the usual distribution of power with societies built on a structure where “feminine” is perceived as lower than “masculine”. According to this structure, every person showing particularities, which are different from the ideal man, will be less empowered (Torres Angarita: 2010). This social structure implies that women, homosexuals, bisexuals and transsexuals, or people from a different ethnical background always have a lack of power. Less power means less security: less security means less development.

What is then the solution? To achieve a proper development of societies, those who work in development projects must always take into account the particularities of gender diversity. This means that putting the “human” adjective and pretending it is inclusive and representative of everyone’s reality is not enough. Professionals need to speak explicitly about women, about sexual diversity and about ethnic differences (Carcedo: 2006). When we do not speak explicitly about those differences, we are supposing that the insecurity and underdevelopment is the same for everyone although some people will always experience better security conditions and will always be better disposed for development than others (Hudson:2005, Sylvester: 2010).

For example, if we do not specify that a big part of project’s target are women and that those women are susceptible of rape and sexual harassment, we will not include policies against rape and sexual harassment into our project. As a result, we will think that our project was implemented successfully even though women keep on suffering from sexual violence because we did not think of their specific vulnerabilities. Or, even simpler, we will think that development and security are succeeding in a society where women are actually under daily violence.

To sum up, we have to implement gender approaches in every project and ensure that violence against women is taken into consideration. Creating exclusively feminine work groups so that women can speak freely, favoring their leadership and responsibilities, promoting them as voices of the changes they want are essential tools and actions. Women have to star their own development, because a single subordinated woman today, can be a whole society failure tomorrow.

Author: Chrístopher Casas works with CAD since 2016. He has professional experience as a writer, press manager and video producer, but also as a consultant on development programs. He has academic experience as a gender analyst and focuses on how gender transversally affects sexuality, ethnicity and many other factors.