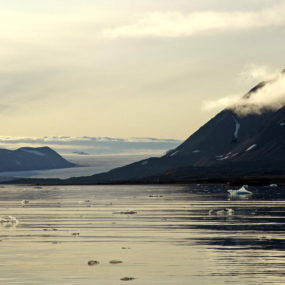 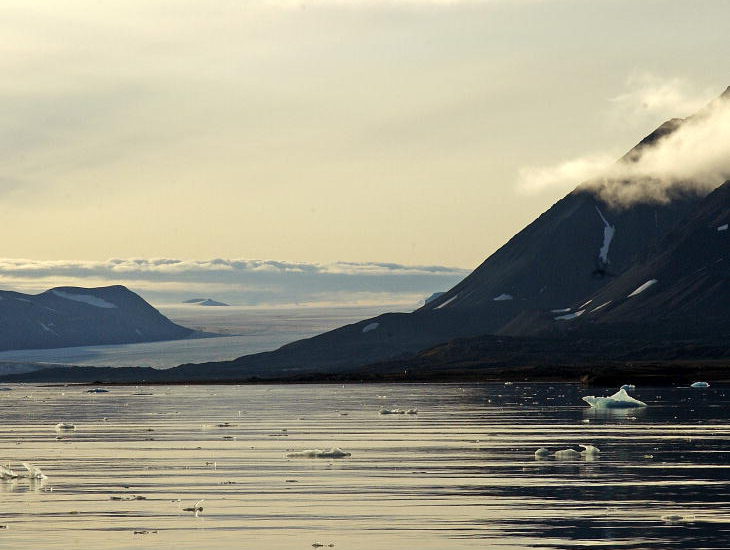 Two weeks ago, my husband, Tilman, and I met up for dinner with two friends, Heiner and Johanna. All of us are working in the same field, despite our various background, i.e. economics and philosophy, engineering, forestry as well as international business administration. It all started out with an insider story of how my closest family and friends have some difficulties comprehending what we do for living. “Acceptable” is my note on my family report-card-of-success only because I am not working for the government with lifetime stability, not a medical doctor, or banker, or successful accountant, nor bestowing my loyalty to any oil/mining companies. A statement which was immediately adhered. Somehow it got us thinking if topics such as environmental degradation and climate change are only some sort of fairy tale that requires no further or real action to tackle it. Or perhaps it is deemed as solely the task of our leaders. And that’s how we began our climate related discussion.

The hot topic was brought to us by the 21st UNFCCC Conference of Parties (COP) which will start next week in Paris, aiming at a new international agreement on climate change to keep global warming below 2 degrees. According to a UNFCCC study on the impact of the national contributions of 146 countries, the global greenhouse gas emission pathway shows that we are heading for a temperature rise between 2.7C – 3.5C. It reminded me of a World Bank publication that gave me shivers as it disclosed severe impacts to the entire ecosystem and its associated services, possibility of collapsing adaptation actions, and forced dislocation of living beings, should our earth become 4 degrees warmer by the end of this century. With the current global events sensitizing us towards migration, Johanna brought us our appetizer of the night, Samosa topped with “Migration Topic”.

According to the International Organization of Migration Geneva (IOM) it is predicted that there will be between 25 million to 1 billion migrants caused by climate change by 2050. At the same time large-scale migration is not taken into account in national adaptation strategies, as it tends to represent the failure of adaptation. But again, it is relatively apparent that temporary migration as an adaptive response to climate stress has occurred in many areas. Sadly, such mobility can only be undertaken by people equipped with enough means to do so, leaving the most vulnerable group unlikely to migrate. In this context an old story of a guy from Kiribati who applied for asylum solely on the grounds of climate change impacts was retold. His name is Ioane Teitiota who initially came to New Zealand as a legal guest worker but then “overstayed” his visa, having considered what are the possible consequences of coming back home, as Kiribati is one of among many Pacific nations facing serious climate-linked threats such as rising sea level, storm, flooding and water contamination. He and his family have finally been deported as the application was denied due to the fact that they were not being persecuted, ignoring the fact that the circumstances will be passively persecuting them and thousands of others, as BBC calls it.

Forced-migration hinders development in various ways, from putting pressures onto urban infrastructure and services until increasing risk of conflicts. IOM has stated that so far there is no “home” for climate migrants as there is still considerable resistance to the idea of expanding the definition of political refugees to incorporate climate refugees, proven by the case of Ioane Teitiota. The supposedly delicious samosa tasted bitter on my tongue.

I almost got lost in my own contemplation but instead hesitantly murmured, “What are your hopes about the outcome of COP 21?” The reaction was not necessarily lighting up the room but at least they were quite “on-fire”. Serious answers and a series of cynical jokes were thrown on the table. At the top-down approach front, opinions on international and national climate policies were expressed. As the main course being served, Tilman highlighted the success of “Montreal Protocol on Substances that Deplete the Ozon Layers”. The protocol claimed as being probably the most successful international agreement that effectively shares burdens and proposes solution to mitigate regional conflict of interest, whereas Kyoto Protocol has failed to do so. One of the main reason being, that Kyoto lacked teeth, while Montreal was equipped with self-enforcing negative incentive schemes. It then also led to the question whether or not altering the aggregate target in reducing GHG emission into targeting specific greenhouse gases could potentially increase the success rate of achieving the target and assure to keep the temperature rise below 2 degrees. He argued that aggregate target has too much to do with the economic interest of countries in a way that it may not bring the expected results as needed after discussing it over the last two decades. As interesting as it sounds, the question remained unanswered, instead it led us to the discussion of community-led processes.

The fact that we are not be able to directly intervene with the international agreement, does not mean that we cannot play our roles. The conversation flourish on our consumption pattern and its direct link to our carbon footprint wrapped with a “trivial question” on how many earth would be required to comply with our “lust”. The United Nations (UN) stated that if the world’s population come to a number of 9.6 billion by 2050 it would require three planets to sustain our current lifestyles. The fact went on to how households influence environmental impacts through dietary choices and habits, and that whilst 3 billion tonnes of food is wasted every year, almost one billion people are undernourished and another 1 billion hungry.

I have eaten only half of my main dish. I thought I was feeling really hungry, but I guessed the discussion fed me more than the food. Or I simply lost my appetite. We always want more than what we can stomach. Forgetting easily that our consumption pattern combined with the adverse impact of climate change will accelerate the process of land degradation, declining soil fertility, excessive use of water but simultaneously building forest of concrete hampering ground water recharge. Not to mention that it is very sensitive to conflict.

Often times when we talk about Climate Change, we focus solely on the projection reports, negotiation process, discuss where the past 21 years have brought us and ends up in anger or frustration. We have the masochistic tendency as we are quietly enjoying the pain looking at pictures of the climate-induced disaster victims. As a final act, a choir of protest to the lack of government ability in dealing with global issues will be presented.

As the discussion continued, Heiner insisted that it is one thing predicting and critically discussing the negotiation’s outcome. It is indeed of importance that a binding agreement on mitigation will come forward or the financial commitments are upgraded to exceed 100 Billion dollar annually after 2020. It is essential, as Tilman repeatedly emphasized, that Loss and Damage shall be a prominent topic responding to the urgent call and/or if the target will still be concentrated on aggregate ambitions. But apart from that, we should remember why we ended up talking about this in the first place. We thought that our family and friends lacked ability to comprehend what we are doing simply because they put the responsibilities in the hand of our governments and we, as the people working in the field, are despairing about it. Haven’t we gone into a slightly wrong direction with our complaints?

Agreeing that what is really important is doing our part, brought us to contemplate the “homo economicus” model. The model describes individuals seeking to attain very specific and predetermined goals to the greatest extent with the least possible cost. But is it because we really are like that? Or is it because we are being taught that we have to be that way, like a normative model of behaviour? Perhaps it is the latter. Perhaps it is time to re-emphasize that we need a new normative ideal. Perhaps we should stop disproportionally taking more than what we can bear. Johanna reminded us about the concept of Sustainable Consumption and Production which has been introduced since more than twenty years. This concept is now presented as Goal no. 12 of the 2030 agenda for Sustainable Development, stating the commitment of countries in making fundamental changes in the way of the societies produce and consume goods and services. It involves governments, international organizations, business sectors, and other non-state actors and individuals, underlining our queue to be part of the change. She added with a note that such discussion shall not always be too frustrating. To this end, we know enough to be frustrated as well as to be able to act and change things.

For a while, the discussion dissolved completely as if never happened, an apparent intentional conduct for a short change of atmosphere. But as we were taking the last gulp of our drinks, it was clear that none of us willingly end the night unconcluded. The notion of us as world’s citizens and what sort of power we have to determine the future were brought back to the table. We know what we can and should do even if it is too little. But there is no result without starting a process. We are not here only to watch and criticize without walking the transformation path ourselves.

As we said goodbye, I told Heiner and Johanna “I want to keep our little community like this and hopefully it can be expanded at one point. But as for now, we’ll meet you guys again after the COP21”.

Ashanapuri Hertz is part of the CAD team since April 2015. She is based in Berlin. She is currently leading a project on developing a Green Growth Plan in Surabaya, Indonesia, funded by the World Bank. Environmental-related topic is her main area of expertise as well as personal interest.