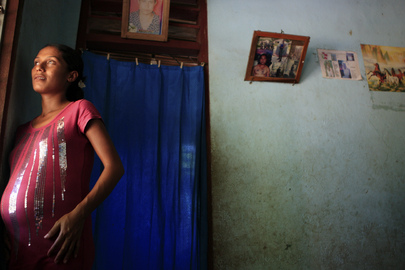 CAD has been appointed by UNFPA Panama to elaborate a five-year-partnership strategy focused on new innovative partnerships for broadening the outreach and impact of UNFPA activities in the country.

Panama enjoys today a privileged position as the “Hub of the Americas” that allowed the country to be one of fastest growing economies in the Latin America and Caribbean region. With almost a $4 billion foreign direct investment, the country registers a higher Human Development Index than most countries of the region (0.780 versus 0.741 average in 2012). In this context, combined with the impact of the financial crisis, the traditional donors (such as the Nordic countries) are progressively pulling out from the countries for prioritizing countries with more pressing problems.

Despite those positive advances, Panama still remains as one of the most unequal countries in the region. There are still a number of development challenges to be tackled, especially for the most vulnerable communities such as the youth or indigenous communities. One of them is the adolescent pregnancy: for every five pregnant women in Panama, one is an adolescent and there is still a lot to be done in terms of gender base violence or maternal health.

In the context, UNFPA needs to find new ways of working and mobilizing resources if it is to fulfill its mandate. For such an end, UNFPA Panama has appointed CAD to elaborate a five-year-partnership strategy focused on developing new innovative partnerships for broadening the outreach and impact of UNFPA activities in the country. This work started with a first mission to Panama on November 2013 and is expected to be completed by the end of January 2014. The scope of the work includes conducting an internal assessment so to gain a deep understanding of UNFPA work, performance and capacities; identifying new partners, and more especially from the private sector, through a private sector mapping; organizing a multisectoral workshop with partners identified and identifying new innovative ways of partnering for promoting the organization mandate.